Encounter art
at the light and green atrium

When you step into the entrance, you will see in front of you the well-style atrium with light shining down through it.
The shimmering of bright green, and the curtain of Pothos swaying in the breeze.
Touring around each floor surrounding the atrium, you will find an arrangement of arts and crafts related to this island, and an artistic space full of light and green creating rich and inspiring moments. 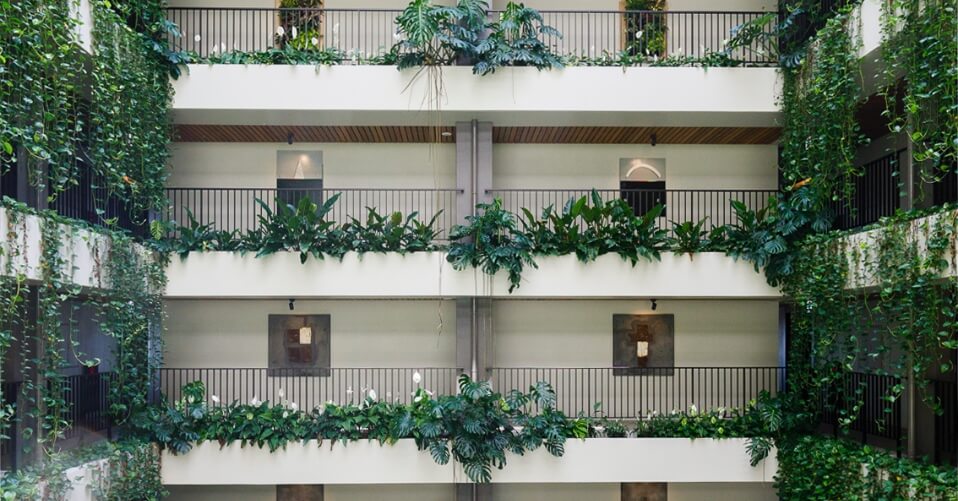 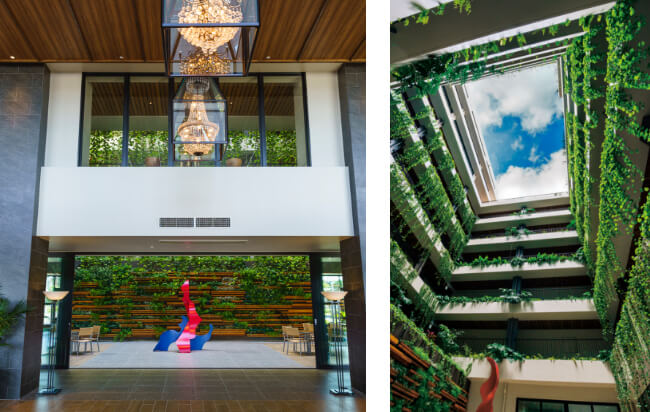 In the space where natural light and green play, is an arrangement of the works of Tsutomu Makishi,
an artist with an unique world perception known as TOM MAX,
and the works of other artists on this island with their unique world view, which quietly speak to the hearts of their visitors.
Selected art is casually displayed in the guest rooms, which will delight your eyes and soul. 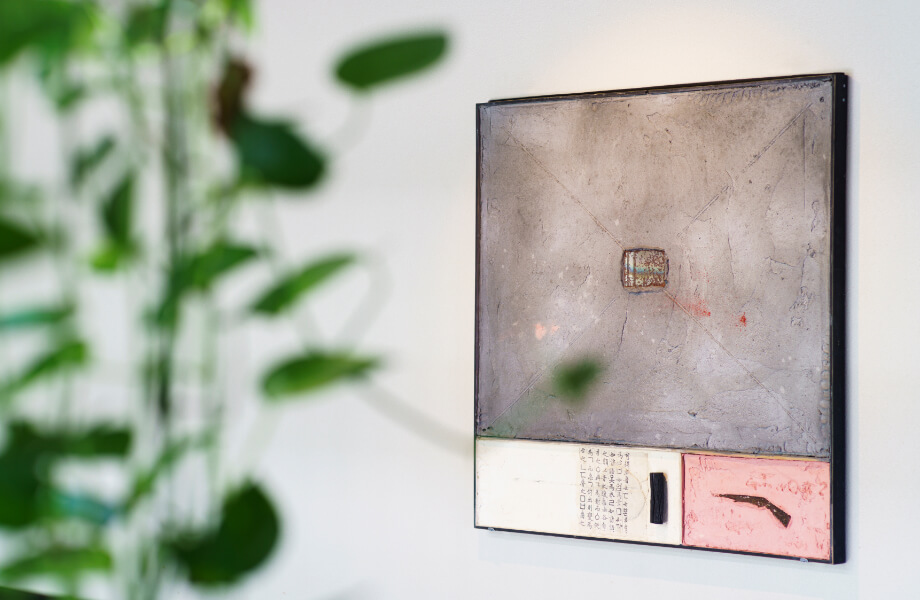 Tsutomu Makishi, nicknamed TOM MAX, was born in Naha City, Okinawa Prefecture. Having experienced the Battle of Okinawa, life with America (the era under American rule), and its return to the mainland, he continued to express the corresponding era of Okinawa throughout his life. After graduating from the department of painting at Tama Art University, he went to study in New York for a year. He loved jazz, and developed a series of works using plaster, rusted iron plates, driftwood, etc., as well as works using pop art techniques. He was energetically active, holding solo exhibitions almost every year since the 1970s. He died suddenly in 2015, and in recent years, retrospective exhibitions that follow in his footsteps have been held inside and outside the prefecture.

A second generation from Argentina. His parents are from Nishihara Town, Okinawa Prefecture. After graduating from the Graduate School of the National University of Arts in Buenos Aires, he came to Okinawa in 1985. He produces objects, monuments, reliefs, etc. which are characterized by their soft forms, despite his use of metals such as iron, copper, brass, and zinc. Their colorful decoration, reminiscent of his upbringing in South America, is eye-catching. A sculptor active both at home and abroad. He has produced many large-sized public collections such as in the National Theatre Okinawa, Urasoe City Hall, and the Tedako Hall wall. 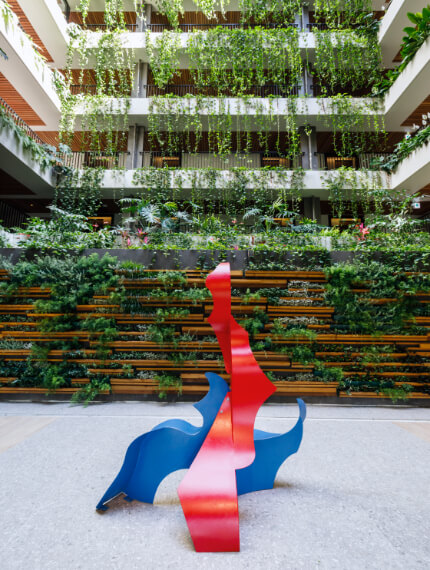 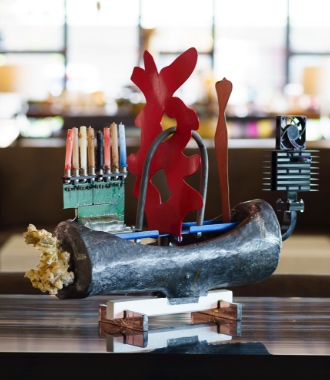 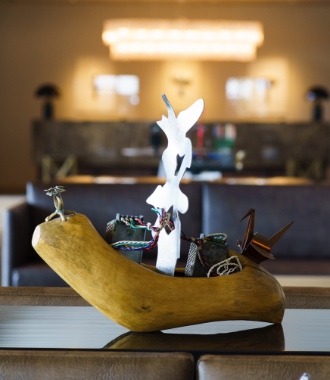 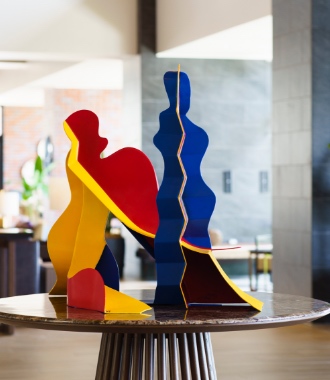 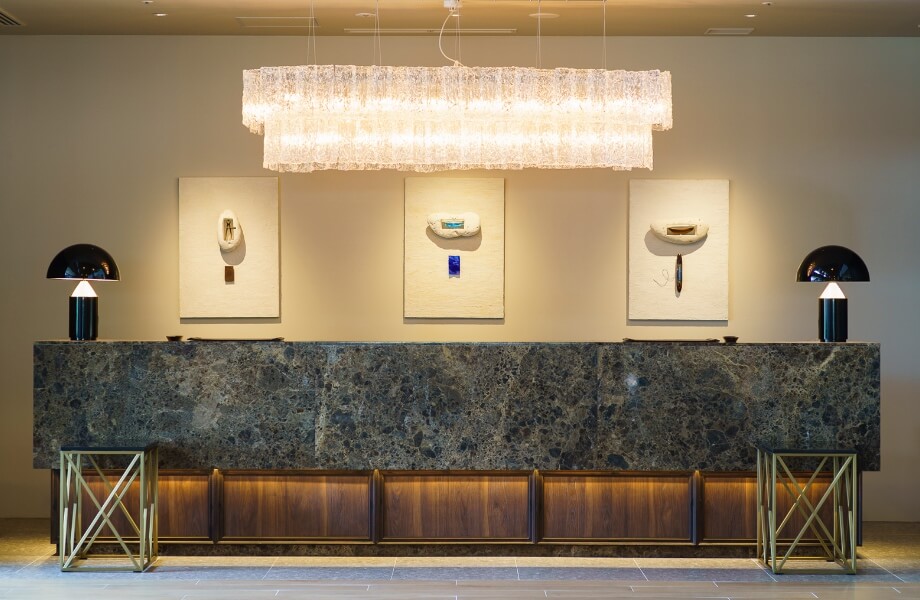 One of Japan's leading kaleidoscope artists, whose wide range of activities include mobile objects and product design. Born in Tottori prefecture, he graduated from the department of painting at Tama Art University Graduate School of Fine Arts. He has received many awards, including the New Artist Award at the Kohdo Bijiutsu Exhibition. His production base moved from Tokyo to Okinawa, where he creates unique works of modeling in touch with nature and tradition. Appointed as art director of Hotel Moon Beach and MB Gallery Chatan. 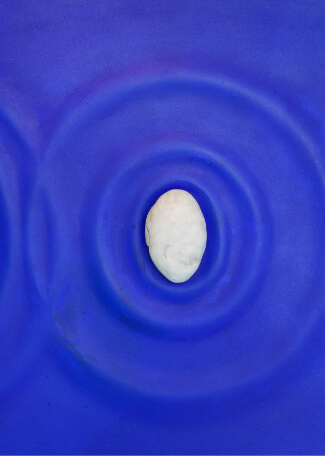 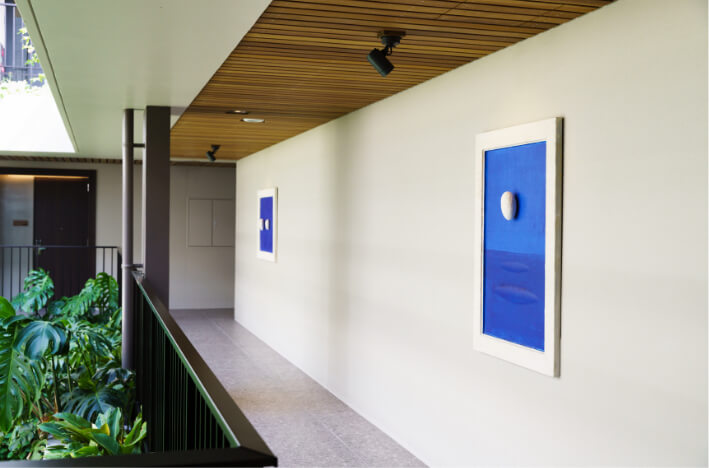